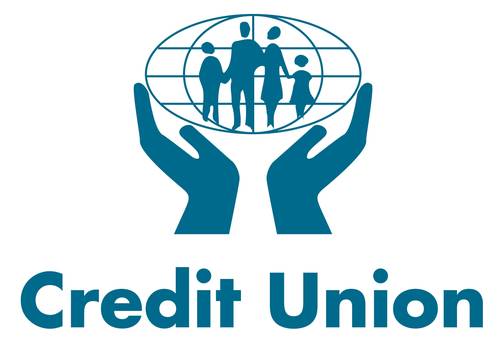 Balbriggan Credit Union is one of the largest credit unions in the country and as such has large numbers of customers passing through the branch on a daily basis. The obvious consequence of this high level of footfall is that there is a large amount of cash transactions on any given day.

Balbriggan Credit Union had an old analogue CCTV system in place with cameras overlooking the cashiers’ desks, lobby area, entrance porch and the external perimeter of the building. Management had consistently found that when incidents occurred on the premises that the playback footage available to them was of very poor quality and of little use in resolving incidents; in particular the counting out of cash to customers.

The fundamental requirements of the credit union when looking at investing in a new video surveillance system was that they would be able to:

• Have clear identifiable images of customers coming through the entrance doors, as they wait in the lobby area and as they wait at the cashier desk.
• Record the entire transaction between the cashier and the customer with particular emphasis on the handover of cash from cashier to customer – and the ability to zoom in on the cash counting in playback to establish the amount of cash being handed over.
• Have clear identifiable images of the outside main entrance in the event of an incident outside the premises as customers leaving the credit union often do so with large amounts of cash
• Integrate their video system with their existing Access Control system – Paxton
• Allow authorised members of staff to access video with full functionality from their own workstation i.e. playback, Digital PTZ, zoom and export

Ultimate Security Technologies, in conjunction with GVD designed a comprehensive solution that would give the credit union all of the above. The cameras were be a mix of ACTi and IQEye all recording on the Milestone XProtect® Express platform. The Milestone platform integrates with their existing Paxton access control system. On completion of a site survey it was established that the areas to be covered were:
• Staff working area behind the cashier desks
• Staff corridors
• Entrance porch area
• Lobby area
• Cashier Desks
• External Perimeter

Ultimate Security installed 26 high resolution IP cameras on the site – a mix of internal and external cameras. The Paxton Access Control system is now integrated with their Milestone VMS and each access event is associated with video footage of the time of that event. Management now have high quality video footage from all of the areas they requested, where previously they had poor pixellated images.

Balbriggan Credit Union is delighted with the solution that has been installed. The quality of video they are now able to record and playback in the event of an incident is incomparable to the old system that they had. Within the first 2 weeks of the system being installed they were able to check on a cash handover after the event, count out on the video exactly how much cash had been issued and contact the customer and inform them of an error. They were even able to show the customer the correct amount on the calculator as they could see it on the zoomed image. Also after an incident occurred outside the premises they had guards in reviewing footage. The image was so clear that the guards were taking pictures of the zoomed image on their IPhones.

This website uses cookies to improve your experience while you navigate through the website. Out of these, the cookies that are categorized as necessary are stored on your browser as they are essential for the working of basic functionalities of the website. We also use third-party cookies that help us analyze and understand how you use this website. These cookies will be stored in your browser only with your consent. You also have the option to opt-out of these cookies. But opting out of some of these cookies may affect your browsing experience.
Necessary Always Enabled
Necessary cookies are absolutely essential for the website to function properly. This category only includes cookies that ensures basic functionalities and security features of the website. These cookies do not store any personal information.
Non-necessary
Any cookies that may not be particularly necessary for the website to function and is used specifically to collect user personal data via analytics, ads, other embedded contents are termed as non-necessary cookies. It is mandatory to procure user consent prior to running these cookies on your website.
SAVE & ACCEPT